Wired up: the convergence of technology, media and entertainment
Previous | Next

Convergence on the horizon

Faced with pressure to offer customers a more holistic experience and to keep pace with competitors, TME firms are increasingly reaching out beyond their core

As the race for audiences intensifies, organisations find themselves locked in an increasingly fierce battle for the competitive high ground. Cross- sector convergence – expanding beyond traditional core activities to acquire new capabilities – is a vital weapon in that battle.

And convergence delivers dividends, with the likes of Amazon, Apple and Google reaping the benefits. Despite their different origins – Amazon in ecommerce, Apple in devices and Google in internet search – each business now offers products and services that reach far beyond its original core. All three are now TME businesses. Every base is covered. 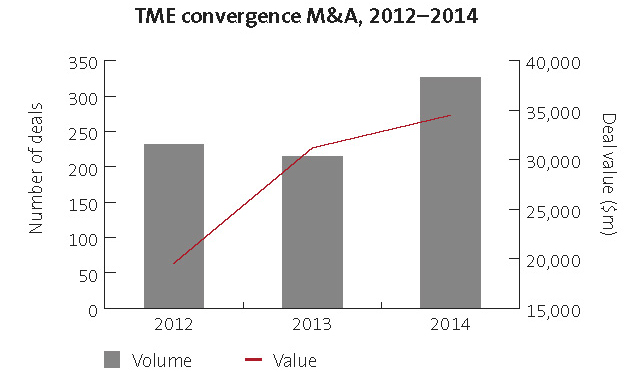 The urge to converge is by no means monopolised by global giants. The recent upsurge in so- called ‘quad play’ deals – those in which telecom providers seek to become a one-stop shop for TV, broadband, fixed and mobile telephony – underlines the continuing allure of convergence as businesses race to make sense of a world in which the boundaries between technology and content are becoming increasingly blurred. The advent of aggregated data and programmatic buying has also created additional incentives for tech firms to merge with content.

The interplay between TME’s constituent sectors is often far from simple, with convergence plays driven by a number of factors. The top convergence deals of 2014 through to Q1 2015 (to date*) underscore this point. These transactions include technology firms acquiring media and entertainment companies, and both media and entertainment businesses targeting technology.

Top of the table for 2014 through 2015 to date is a technology- entertainment transaction: US-based Scientific Games Corporation’s more than US$5bn merger with gaming operator and distributor Bally Technologies. The aim of the deal is to create the world’s leading gaming and lottery entertainment and tech company. 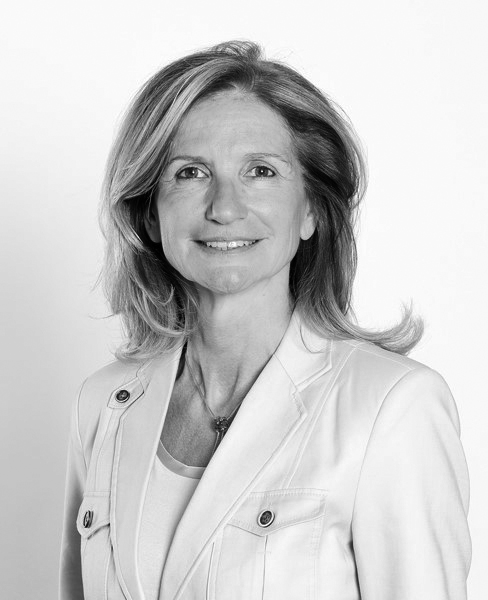 Cross-sector deals in TME have a long history. The creation of the British Broadcasting Company (BBC) is a case in point: formed in 1922, initially as a private firm, the BBC’s founders were wireless manufacturers – among them Marconi and GE. Back then, there was not much to tune into and devices were useless without content. As a result, the BBC provided programmes to drive sales of radio sets.

Nearly 100 years later, convergence drivers remain strikingly similar. One of those forces is disruptive innovation: new devices, methods of delivery and types of content will all spur M&A activity as businesses scramble to grab an audience and consolidate competitive advantages.

Financial cycles also drive convergence. Buoyant debt and equity markets as well as an abundance of cash-on-hand are spurring transactions. The danger is that the collision of easy capital, rapid technological change and the return of ‘animal spirits’ risks generating a bubble market.

Announced TME convergence activity has rapidly gained steam. According to the latest data, 2014 saw deals worth more than US$34.5bn – an increase of 11% on 2013. Transaction volume rose even more dramatically, with 326 deals in 2014, up more than 52% on the previous year.

According to William Doran, Reed Smith corporate partner, Chicago: “Convergence is generating a continued drumbeat of buying pressure, particularly for firms that need to reformulate their strategies to stay competitive. These firms feel the need to acquire because there is often not enough time or the ability to develop internally.”

Delving into TME’s sectors reveals a consistent pattern in terms of the past few years’ deal volumes. The bulk of deals are in technology, which has accounted for 48% of transactions between 2014 and 2015 (to date), a one percentage point rise on the previous two years. 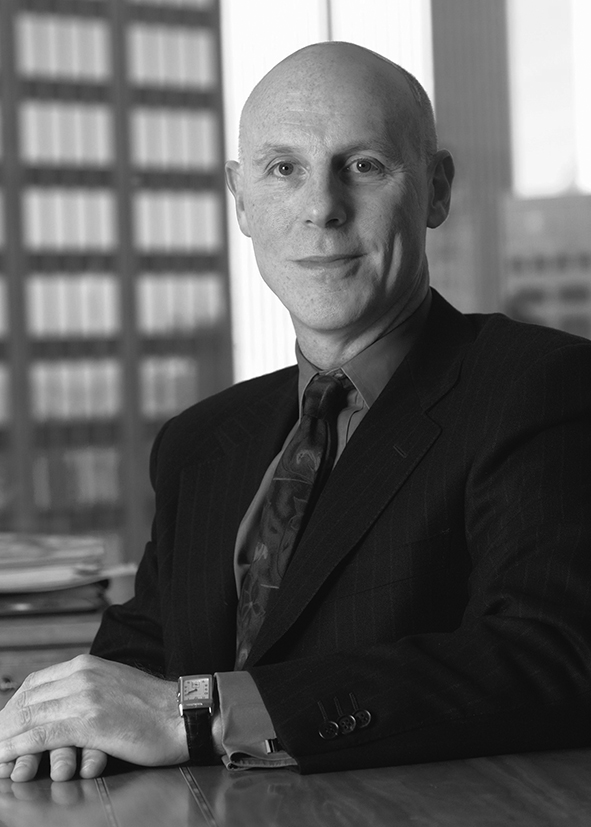 Reed Smith on breaking into the US

For non-US companies making acquisitions in the US, there is an increased emphasis on advance planning for tax strategies, including transfer pricing and opportunities to locate IP off-shore. Non-US buyers also need to consider the increased scrutiny of the US government on sensitive technology and data transfers, and the possibility that CFIUS review and approval may be required.

In the coming months, announced activity will likely pave the way for more convergence deals, with media firms buying technology to keep cloud, data, analytics and mobile platforms in-house. There are two scenarios that are likely to drive activity. In the first, early- stage tech businesses are acquired by mid-market firms that want to take over several similarly positioned companies. In the second, media businesses are buying up-and-coming digital production firms to integrate increasingly key functions internally.

Already in early 2015, international media conglomerate News Corp announced the purchase of India- based VCCircle, a technology firm that concentrates on digital data and information, for an undisclosed sum.

“Companies are working out how to deliver and make money from content,” says Michael Young, Reed Smith corporate partner, London. “And technology companies are working out what content they need to have. The market is asking itself questions such as: what is the right level of advertising to pair with ad- supported content which is free to the consumer, and what is the right price point for content available on an ad-free subscription model? And how do we make money with all the new devices?” 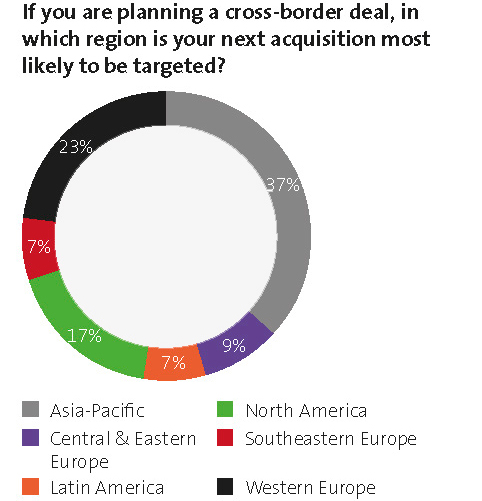 TME companies in search of growth are increasingly crossing borders, with a decisive majority of survey respondents (57%) saying that their next acquisition is likely to be outside their home market.

Of those businesses in search of cross-border opportunities, 37% say they are most likely to target Asia-Pacific, followed by Western Europe (23%) and North America (17%).

Certain countries, the UK for example, are not only targets in their own right but also act as strategic bridgeheads. “A lot of the M&A activity we are seeing in London is from the United States,” says Michael Young. “London is regarded as an entry point into Europe, not just the UK.”

Stephan Rippert, Reed Smith corporate partner, Munich, believes that TME companies’ ability to offer content has increased the appetite for international groups to tap into Europe. He also advises that “international buyers should consider using the harmonised consumer and contract rules within the EU for online offerings.”

While cross-border M&A offers huge opportunities for growth, firms need to understand political and regulatory risks in the target markets.

US firms, for example, need to take account of Europe’s tougher data privacy rules and the more employee-friendly labour laws. For inbound investors, there is also a high degree of uncertainty because the European Commission is trying to break down what it considers territorial borders for copyright in Europe. “Firms need to have strategies in case geo-blocking of content is limited by the EU in its attempt to create a digital single market,” says Rippert.

Meanwhile, companies looking to do deals in the US are getting increasingly frustrated as the market favours sellers and places much of the regulatory burden on the buyer.

But there are steps companies can take to help deals proceed smoothly. For instance, companies can better position themselves against regulatory changes by being more involved in public affairs or trade associations. Also, products and services can be structured so they can adjust to changes quickly, for example in data protection laws. While cross-border deals often come with additional challenges, savvy companies can plan accordingly and make the right connections.

Share
Foreword Methodology Convergence on the horizon Appetites for convergence Gaining an edge Seizing convergence opportunities
Print ready PDF
Wired up: the convergence of technology, media and entertainment
Previous | Next