Wired up: the convergence of technology, media and entertainment
Previous | Next

Within the next two years, convergence won’t just be a trend, it will be commonplace, according to survey respondents. And corporates realise that the rewards for taking the plunge could be huge

Recognising the value in cross- sector M&A, a number of respondents say that convergence will become more common as businesses fear missing out on opportunities, or strive to offer their customers better experiences. The rewards for convergence are potentially enormous: expansion of the customer base, enhanced revenue streams and a closer alignment with constantly changing consumer expectations.

Respondents describe convergence as a multi-faceted, multi-directional trend, with cross-sector deals involving both media and technology acquirers. More than half of the survey respondents say that technology firms will be looking to enhance content (61%), or increase advertising capabilities (58%).

Yet, cross-sector activity cuts both ways: 71% of respondents believe that media companies will be driving convergence as they look to improve technology platforms and delivery tools. “The need for technology will not decrease,” says the CEO of a technology corporate based in India. “Media and entertainment businesses will explore the idea of becoming TMT conglomerates so that they can reduce the ongoing costs of technology advancements.”

Sixty-five percent believe that convergence will be driven by both technology and media firms looking to become conglomerates. This could be driven by highly publicised moves by TME giants such as Google, Disney and Facebook, but could also point to the increased scale of converged businesses in the future.

“Companies with a motive to establish footprints in the global market and the ones looking to become TME conglomerates are the top drivers of the convergence trend,” says the CEO of a US entertainment business. “This is driving these companies to acquire more talent and methodologies through which they can grow rapidly.”

Underpinned by this anticipated activity, survey respondents predict that valuations will increase across all three sectors over the next two years. Tech valuations are expected to rise most – 34% expect a significant increase in this sector. “The low interest rate environment and the aggregation of significant cash resources in the hands of tech-focused private equity funds has also helped drive valuations,” says Herb Kozlov, Reed Smith partner and head of the Global Corporate Group, New York. 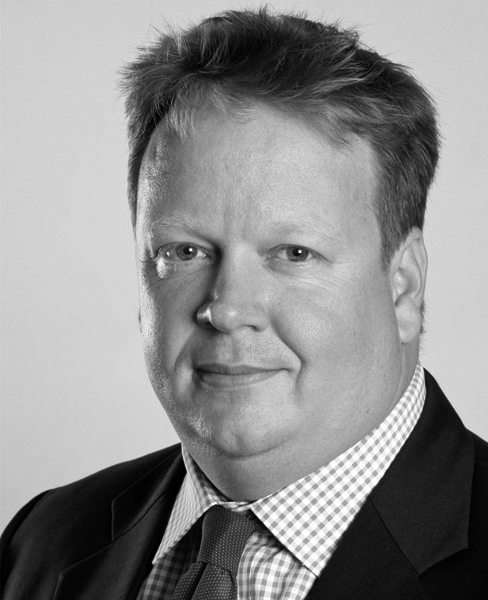 Making acquisitions to secure talent – or acqui-hiring, as it has become known — is also part of the convergence picture. For some of the larger US buyers in particular, small to mid-sized deals are seen as recruitment exercises to acquire staff and intellectual property. Buyers are looking for clever products with clever people to bring into the stable. 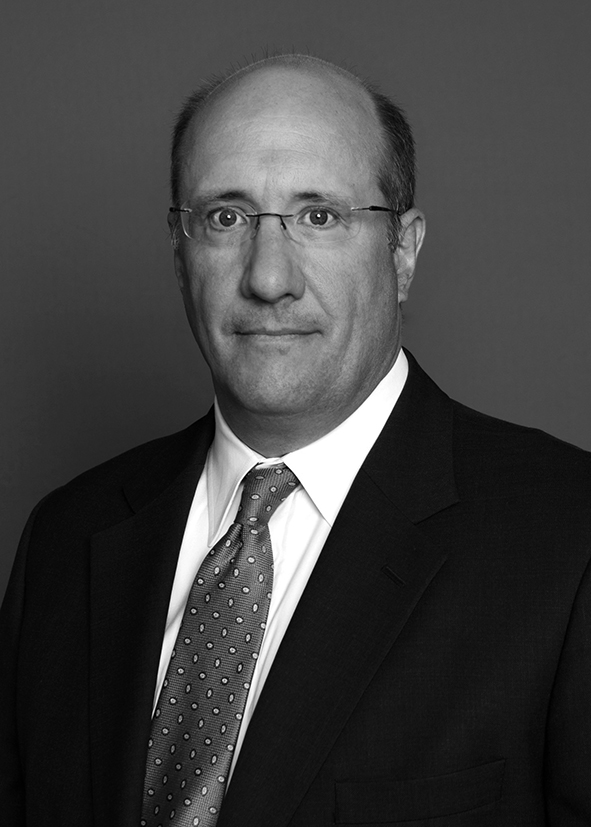 Bidders should think about how they position themselves to their targets. In addition to the financial prospects of a sale, target business owners will be attracted by the prospects of growing their technology, their team and indeed even their own careers through the resources and reach of the larger organisation. Buyers should strive to augment the economic elements of their proposal by emphasising the strategic benefits to the target company of combining with the buyer. They should also highlight how they will offer a good cultural and strategic fit. 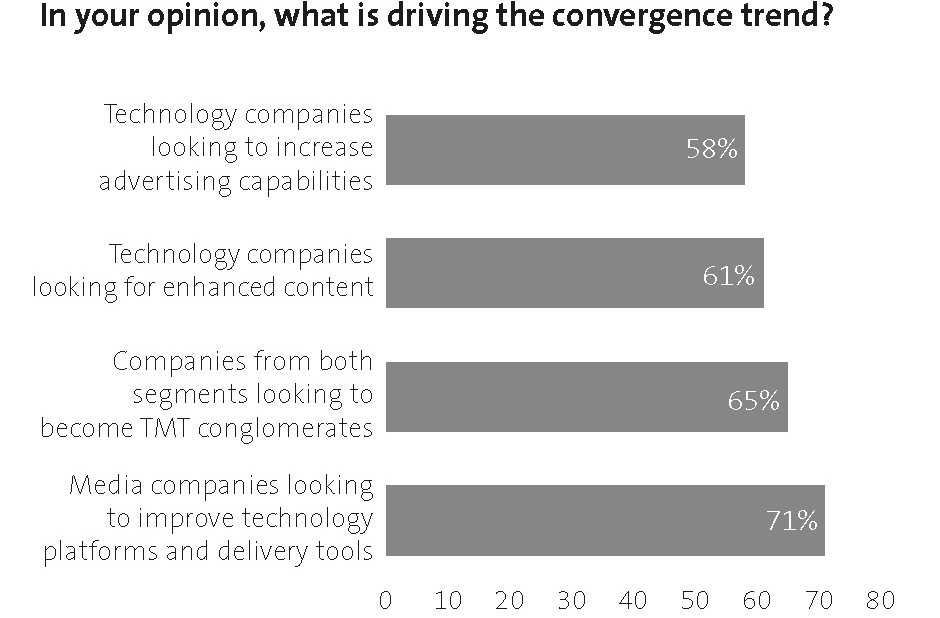 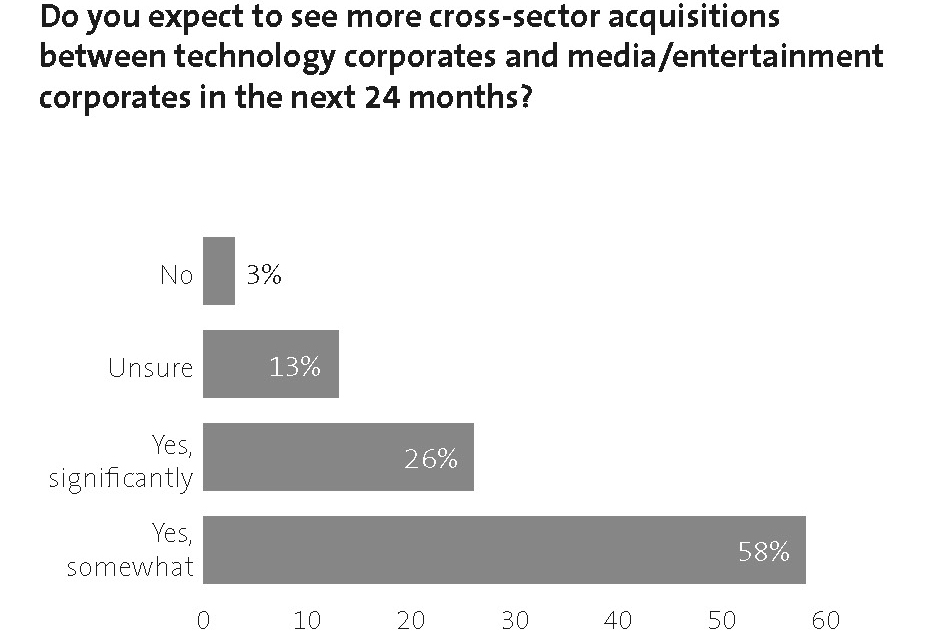 The trend towards convergence needs to be understood in the context of firms’ wider M&A aspirations. A number of widely cited acquisition drivers, such as entry to new product offerings and acquisition of new technology, have a strong cross-sector flavour but vary in importance for the different types of businesses.

Thirty-four percent of technology companies say that entry into new geographies is the most important driver for acquisitions.

However, the strategies behind territorial expansion are varied. For example, the CEO of a Malaysian media company says he aims to leverage risk by entering new markets, while the CEO of a UK-based media company says that expansion into new markets allows his firm to create synergies and ease currency and inflation pressures. According to 25% of respondents, increasing market share across existing products and geographies remains the key for growth. The principal of extending the core to create adjacency growth is clearly well established for such firms, whether or not they plan to acquire within their own sector.

“We are initiating our diversification strategy through an upcoming acquisition. This will give us access to the target’s customers and internal talent. It will also afford us experience in another industry and an alternative income stream, with a chance of securing a market position and independent operations in the future,” says the CEO of a Thailand-based entertainment firm. 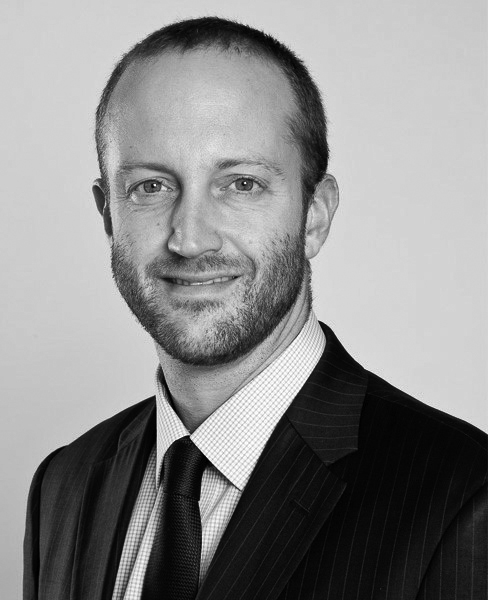 Reed Smith on the need for knowledge

One major challenge for cross-sector acquirers is understanding a new area of business. It’s tough, for example, educating a tech company about music copyrights. If you look at the big music companies, they get very seduced by the idea that Apple or Google are going to change their commercial paradigm in the next five years. If you are a big tech company, the biggest challenge is just understanding the space. Film doesn’t operate the same way as music or the same way as computer games. Companies need to learn about a new sector.

A question of value

TME is perceived as a sellers’ market, with valuations spurred by a glut of buyers and a shortage of high- quality targets. But breaking down survey responses by sector reveals a more complex picture. In the technology sector, for example, 56% of respondents consider valuation multiples to be high, with a large minority (44%) considering them fair. Nobody considered tech asset valuations to be low.

“Technology companies have high valuations in the mid-market due to their proven efficiency and success,” says the CEO of an India-based tech firm. “These companies have been catering well to investors and are showing high profitability, and that is creating more demand for them.”

Technology businesses are also often overvalued because there is a premium on IP, which is hard to value. “These companies buy a bunch of patents that seem to have inherent value, but it is hard to determine what exactly that value is. We have seen some high valuations in North America, especially pre-revenue businesses. Part of that could be due to fundraising processes, when valuations become baked into the overall value of targets,” says Gregor Pryor.

Striking a bargain in this complex pricing environment is no easy matter. Convergence deals amplify the challenge: buyers are at a disadvantage because they are entering new and unfamiliar sectors.

Many technology companies that have entered into content and entertainment are seen as deep- pocketed. To avoid overpaying, “the first thing is to approach a competitive situation in a disciplined way,” says William Doran. “Go in with your budget, but avoid the temptation to exceed it.”

He also suggests searching for deals outside the auction process. “While easier said than done, buyers should seek out opportunities that are not being marketed competitively. This helps to avoid overpaying, because the auction dynamic always bears that risk.”

Share
Foreword Methodology Convergence on the horizon Appetites for convergence Gaining an edge Seizing convergence opportunities
Print ready PDF
Wired up: the convergence of technology, media and entertainment
Previous | Next