Tech control: How fintech M&A is shaping the financial future
Previous | Next

Chapter 1: The fight for fintech

Fintech M&A is at record levels. The competition is fierce as incumbents battle to stay ahead of the curve

Fintech is a phenomenon. Just as with other sectors, the tentacles of technology have coiled their way into the financial services industry and traditional firms are feeling the squeeze. Dealmaking in the sector shows no sign of letting up. Research from the consultancy firm KPMG suggests global fintech M&A during 2017 was up sharply compared with 2016, itself a record year. In total, there were 336 such transactions last year worth a total of $18bn – that compares to 236 transactions worth $11.15bn over the previous 12 months.

These deals spanned a broad range of sub-sectors, including payments, blockchain, banking, lending, insurtech (insurance-based technology) and regtech (regulation-based technology). They also included a series of megadeals, including the largest transaction of all, the $11.6bn purchase by credit card processing company Vantiv of its British rival Worldpay.

There isn’t a significant financial services institution that isn’t already either a consumer or developer of fintech. I think it’s on the radar of every major institution because they’re at a competitive disadvantage if they’re not as well positioned as their competitors to adopt new technologies.

Consolidation continues to drive fintech M&A. Large financial services businesses are looking to acquire fintech businesses, both to sustain innovation – particularly in the face of competition from disruptive new entrants to the sector – and to generate synergies, including cost savings that boost the bottom line in a marketplace where pressures on margins remain tough in a low interest-rate environment. In Europe, for example, the second Payment Services Directive and the General Data Protection Regulation (GDPR) implementation are encouraging further competition in banking and related industries from non-financial services business. Mobile-first technologies, improved digital interfaces and better enterprise tools will all remain key priorities. In addition, legacy IT systems offer limited scope for increased efficiency and productivity.

Our research underlines this picture of a buoyant M&A fintech market. Three-quarters of the financial institutions in our survey have made two or more fintech acquisitions or investments over the past two years. Meanwhile, nine out of 10 fintech-focused investors – whether these were family offices, private equity or venture capital – said the same of their dealmaking activity. 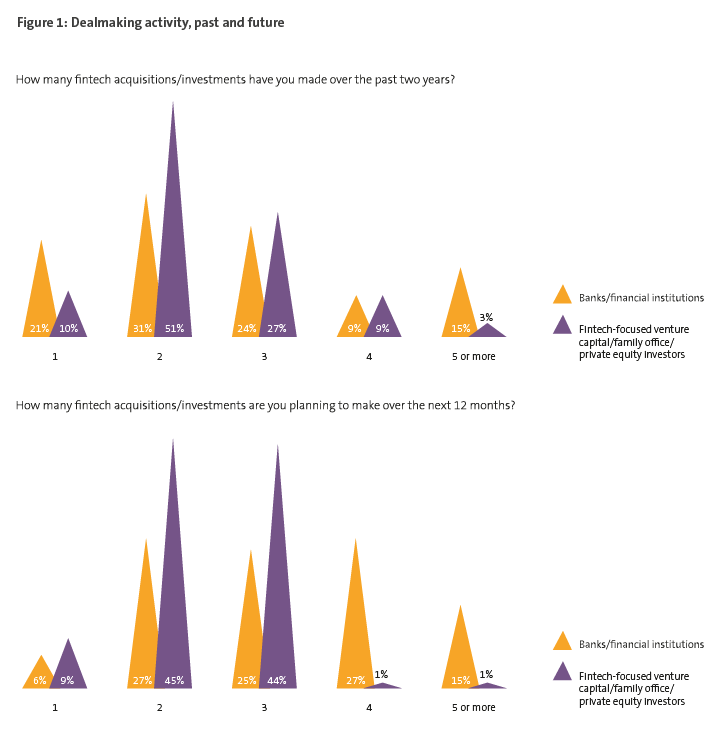 Looking ahead, more than half the banks and other financial institutions in the research (52%) anticipate making two or three such acquisitions in the next 12 months, while 42% expect to initiate four, five or more deals. Investors are also planning to up the pace of their dealmaking.

“Dealmaking is only going to increase in the future,” says one executive at a leading Canadian venture capital firm. “With so many technological advances in the sector, we must all be prepared to invest to stay in the game.” 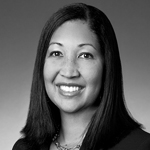 Reed Smith on areas of adoption

There has been a lot of adoption of machine learning and AI in the investment and payment spaces. I think that payments are really moving to machine learning as well as blockchain. Technologies that are moving forward are then being gobbled up by the bigger institutions.

Financial institutions have substantial firepower at their disposal as they survey forthcoming M&A opportunities. Almost a third of these organisations (31%) plan to allocate $500m or more to fintech investment over the next 24 months, more than double the number that allocated such large sums over the past two years. A further third say they are likely to allocate between $200m and $500m. 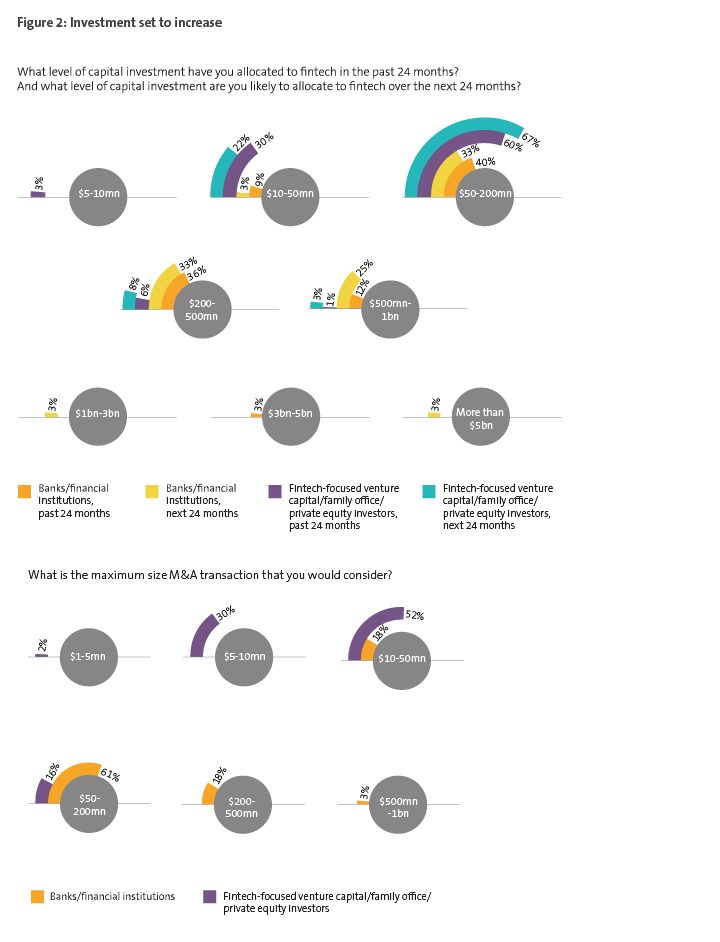 Private equity, venture capital and family office respondents typically expect to make smaller investments – this is reflective of their relative size – with two-thirds (67%) anticipating allocating between $50m and $200m. However, their appetite for fintech deals also appears to be increasing – more of these respondents anticipate allocating larger sums to fintech investments over the next two years compared to the past 24 months.

These deals will naturally require careful planning to ensure smooth integration – particularly given the scope for culture clashes between large, traditional financial services and less mature, smaller start-ups, whose informal structures and autonomous working practices may not translate easily into larger institutions.

“There will be a blurring of the lines, because some of the technologies that are considered fintech, such as distributed ledger tools, are spreading rapidly to other industries, such as data, healthcare, entertainment and media and advertising,” adds partner Maria Earley, Reed Smith’s other global fintech practice co-head. “Technologies originally developed for financial industry purposes are being adopted and further developed in various other industries, so ‘fintech’ may eventually be a misnomer.”

New ways to reach customers are being developed all the time and banks aren’t necessarily considering all of them. Customer outreach could be a higher priority in the sector, but it’s not just outreach, it’s a matter of providing new customer solutions. I think that this is now starting to become an increasing focus for banks.